It is a tale which epitomizes the American dream. An up-and-coming young Japanese wrestler travelled to the USA to earn money to take part in the 1960 Summer Olympics in Rome. But though he was talented and qualified for the Olympics, he did not actually go, preferring instead to concentrate on his sporting and business activities in America.

This young man was called Hiroaki Aoki and in America he was soon nicknamed Rocky. He was a star wrestler in the USA, won tournaments all over the country and gained several national titles – he was unbeatable in his superlight weight category and earned a place in the Wrestling Hall of Fame. At the same time, however, he never stopped working and studying. At nights he drove an ice cream truck around Harlem while during the day he studied restaurant management at New York Community College.

A Red Flower Growing amidst the Ruins

Like most Japanese growing up during the poverty-stricken years after World War Two, Hiroaki (a name he rarely used in America) had learned to be frugal with Money – back then he never spent more than he needed to. When he had saved something from his ice cream business, he decided to buy his first Japanese steakhouse in New York. He needed ten thousand dollars though, and had to ask his father for help. Not only did the older man give his son money, he also recommended him a name for the restaurant: Benihana, the Japanese word for the red safflower. Apparently, he had seen them growing amongst the war-torn ruins of Tokyo after the Japanese surrender…

In his authorized biography, Rocky Aoki admits that he never learnt to cook himself. Instead he always hired skilful Japanese chefs who first had to have at least three years’ experience in Japan and then would be given a month-long course in American and English culinary methods and manners before they could start work. The first Benihana opened long before today’s sushi boom – it was 1964 and Aoki was only twenty-five. It was the beginning of his huge gastronomic success, one which first spread all over America and then beyond. Now the iconic Benihana is a multinational franchise with over a hundred restaurants and a head office in New York. Its restaurants are in all five continents and there is now even one in Slovakia.

Rocky Aoki knew from home that preparing food is an art form – his family in Japan had worked in the gastronomical field for years. He also brought with him to America principles of cleanliness: ingredients must always be fresh and kitchen utensils of the highest quality. An important part of his success was his understanding of the American need for a show or performance of some kind. This gave him the new idea of having the food prepared in front of the guests on a hot iron griddle called a teppanyaki (teppan is the Japanese name for the actual plate whereas yaki describes the method of cooking – grilling or sautéing). The griddle is part of a large marble table around which up to eight (or even more) guests can sit and watch the cooking process from close up.

Now the iconic Benihana is a multinational franchise with over a hundred restaurants and a head office in New York.

In a Benihana restaurant, therefore, the guests are not invited into the kitchen, but the kitchen comes out to them. The cooks put on a show, are entertainers in a culinary world – magicians, comedians and jugglers, who cleverly wield their knives, salt and spice pots and even throw their tools up into the air… And as they entertain their customers with amusing stories, a shrimp’s tail may end up in one of the guest’s shirt pocket. It is no wonder the American people soon fell in love with Benihana, the restaurants quickly becoming popular places for birthday celebrations and other friendly and family gatherings.

Teppanyaki has now spread to all corners of the world and is a means of cooking without saucepans. The teppan is very hot in the middle but cooler towards the edge. This enables the chef to cook different foods at the same time and keep them, once cooked, at the right temperature. Because not much oil is used, meat, fish, seafood, fresh vegetables and other ingredients all retain their natural taste and smell. This form of cooking is especially popular amongst people who prefer healthy eating.

Visitors to Bratislava will find a Benihana teppanyaki and sushi restaurant in the building of the old clinic on Hlboká cesta. The entrance gives you the feeling you are entering the Japanese world with its characteristically minimalist decorations but delicate and striking details. Its large marble tables with teppanyaki griddles will capture your attention immediately.

The head chef at the restaurant is Khalil Chrif Tribak, another man with an interesting life story. He grew up in the small fishing town of Larach on the Atlantic coast of north Morocco and remembers how the fish they caught themselves formed their staple diet for breakfast, lunch and dinner. Although he studied engineering at secondary school, he was unable to find work in his field in Britain (where he had moved to in 1994 to find a better life) and so ended up doing kitchen work in a restaurant.

His destiny as a chef was decided when he responded to an advert looking for someone who knew how to prepare fish. His experience from childhood helped him become a member of the team at a famous Japanese restaurant. He started to work as a chef at a teppanyaki grill and six months later appeared in a tv cooking show. Later he decided to get to know the cuisines of other countries, working in Greek, Italian and Moroccan restaurants, a French brasserie, a café a sushi bar and then in an exclusive catering service in the north of England which cooked for large parties and private events in customers’ houses. His last stopping point (at least so far) is Slovakia where he moved a few years ago to be with his Slovak wife, Simona.

The life of Rocky Aoki was just as theatrical as his restaurants, full of adventures and scandals to feed the tabloids. As well as getting married three times and fathering seven children (apparently three women were pregnant with his children at the same time and shortly before his death he remarried his third wife), he never stopped doing sport and enjoyed risking his life, racing in speedboats, cars and hot-air balloons. “If you’re afraid of dying, you’re afraid of living”, he would say.

After his death in 2008, he left his restaurant empire and an estate worth an estimated 50 million dollars which his many heirs are now fighting over in court with his last wife, who took over management of the firm. Legal proceedings with four of his children (whom he described as ‘incompetent’) actually started during his lifetime. 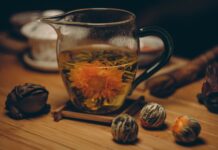 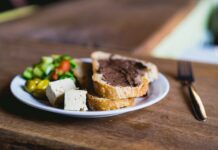 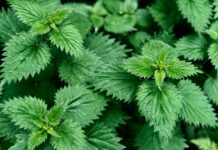