A start-up is a new business plan or an idea with profit-making potential. Most start-ups offer some innovative solutions, a new product or service which is not yet available on the market or an improvement to an existing system. What most projects lack at the beginning is finance.

Start-ups are usually funded by their founders, but for the most part such funding is not enough. Investors are often needed either to buy shares in the company or to buy a share of the profit. In some cases the project may be financed by a crowdfunding collection in which many individuals contribute a certain amount. There are several Internet pages which enable crowdfunding projects, and where everyone can support a project or product of interest to them.

The world’s most successful start-ups, with annual profits calculated in millions of dollars, are called unicorns, companies like Facebook, Google, Uber and Airbnb being good examples. Closer to home, one of the most successful global search engines and sellers of flight tickets is Kiwi.com (formerly Skypicker), which has its roots in the Czech Republic.

An Idea Worth Millions

Kiwi.com company was founded as a start-up by twenty-four-year-old Oliver Dlouhý in Brno in 2012 and was originally called Skypicker. Dlouhý’s own personal experience led him to create a flight ticket search engine. He had been looking for cheap flight tickets to Portugal but finding the best combination of flights took him a few days. A direct flight cost 10,000 crowns; by combining various shorter flights, however, he only needed to pay 2,000 crowns to reach his destination. It was then he got the idea of speeding up the searching process. He set up the skypicker.com webpage which could search for and combine flight offers by companies which did not necessarily collaborate. Through a search, the system finds the cheapest flight route to a destination by working with connecting flights. In 2016, the portal was renamed Kiwi.com and has kept that name ever since. With Kiwi.com you do not need to know exactly when you want to fly nor even where you want to fly to. Thanks to a search engine which works with a large map, you either choose the place you want to fly to or just put ‘anywhere’ and in seconds you can look at all the most affordable flight tickets available.

The company sold its first few dozen flight tickets in March 2013; today its monthly turnover is more than 1.5 billion Kč, with an average of 8,000 orders daily. Kiwi.com has a global workforce of more than 1,700 people. In 2017, the company was the fastest growing technological firm in Central Europe, winning the Deloitte Technology Fast 50 competition. and placing seventh out of five hundred companies in the Deloitte Technology Fast 500 EMEA list. In the last four years, its annual revenues have increased by a staggering 7,165% to more than 8.5 billion crowns (332 million euro) in 2016, with no other Czech company making the top-ten list for Europe, the Middle East and Africa. Today Kiwi.com processes 50 million searches every day and offers more than 225,000 updated prices per minute, guaranteeing its users the very best offers available and notifying them about any new offers and price changes.

The founder of Kiwi.com, Oliver Dlouhý, was in the last ‘30 under 30’ list, which the prestigious American magazine, Forbes, compiles every year. The list focuses on talented Europeans under the age of thirty working in fields ranging from entertainment to finance and technology. At just twenty-eight, the average age of Kiwi.com’s employees is also under thirty.

Forbes has also compiled a list of the most successful and promising Czech start-ups. Kiwi.com is comfortably in first place; in second is SpaceKnow, which analyses satellite pictures, and in third is Neuron Soundware, which uses artificial intelligence to analyse sounds; in fourth is the Rohlik.cz, an online supermarket. 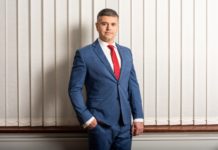 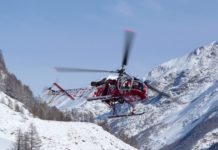 Beware of Skidding Due to Lack of Information 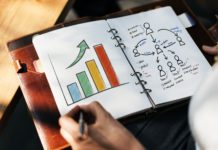 The Most Valuable Brands in the World

At a Good Address

At a Good Address