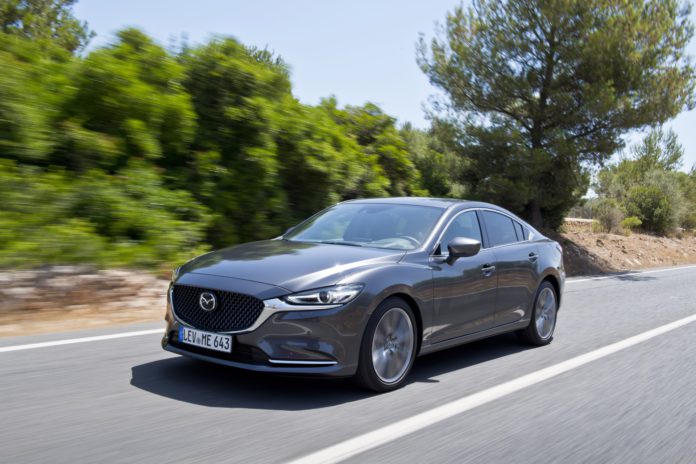 The Mazda 6 is produced on one line with the CX-5 on Honshu island at the Hofu plant near Yamaguchi, 110 kilometers from the Hiroshima car factory. It is a thriving successor of the 626 model, which has become synonymous with success and prestige after the Velvet Revolution.

Originally Mazda meant an absolute good, but the same name also sounds like the last name of the car plant founder Jujiro Matsuda. Initially, middle-class members chose SUV but this made them lose the joy of driving with a low-center car, which responds correctly to driving commands, it doesn’t incline too much in sharp bends and has little air resistance. The market welcomed the model “six” after fine-tuning and at the same time meeting the Euro6d Temp regulations. Moreover, it has its own way. 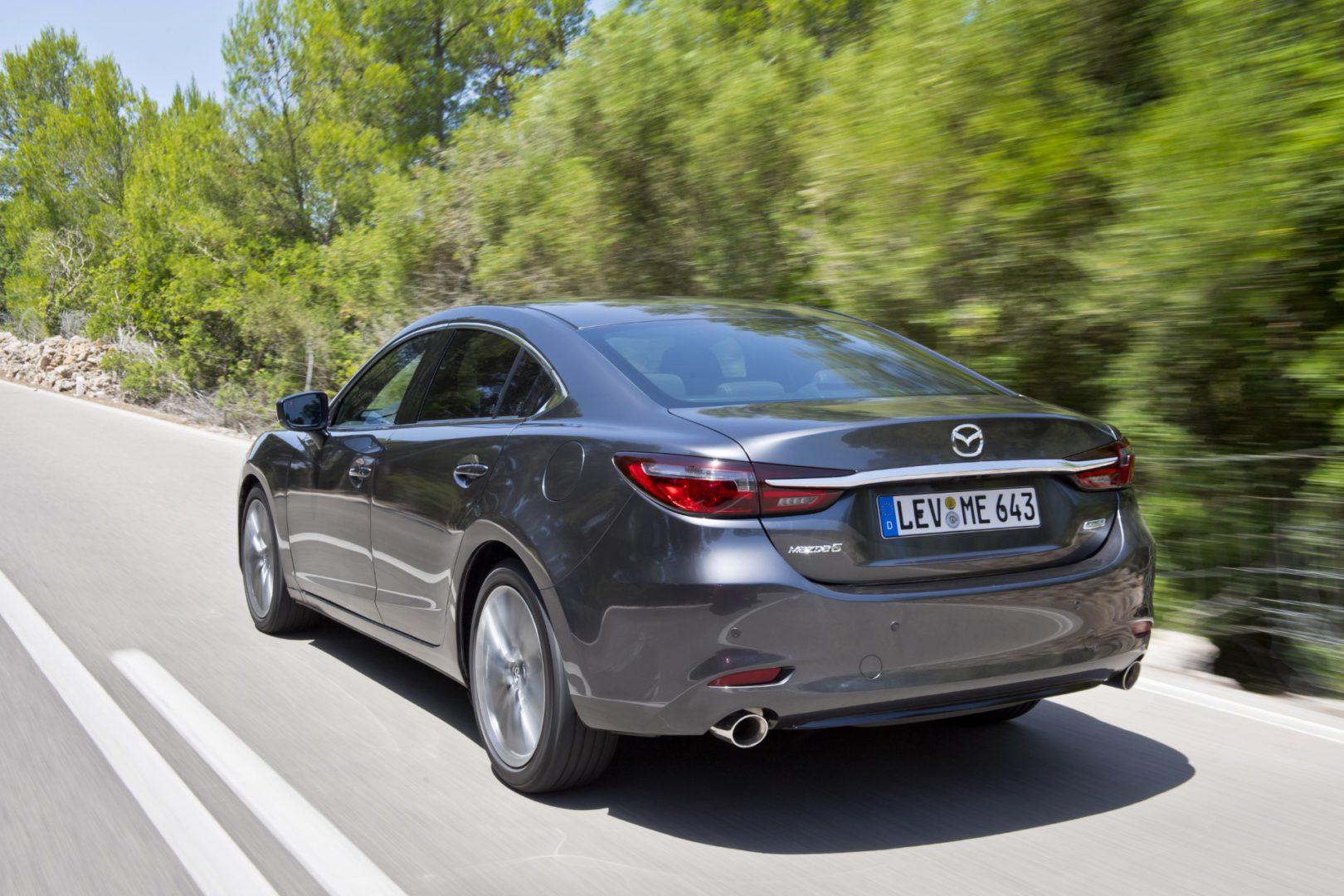 In Hiroshima, they don’t think that volume reduction and a turbo is the only way to reduce consumption and meet hysterical Brussels emissions regulations, Mazda 6 is the proof.  The top-of-the-line version has an atmospheric four-cylinder gasoline engine with a capacity of 2.5 liters (89.0 x 100 mm), the output is 194 hp (121 kW) and an automatic six-speed gearbox with a hydrodynamic drive. Even after the introduction of a strict standard, the large four-cylinder doesn’t need a particulate filter, even though it uses direct injection of gasoline into cylinders. Denso injectors now give a higher pressure of 250 bars, but the pistons are also modified, which contributes to a high 13:1 compression ratio not causing detonation burning. Precisely tuned exhaust pipes with the same length for each cylinder take up space behind the engine but significantly improve flue gas. A chain drives both camshafts with variable valve timing, and the pair of balancing shafts help to smoothen up the velvet operation. 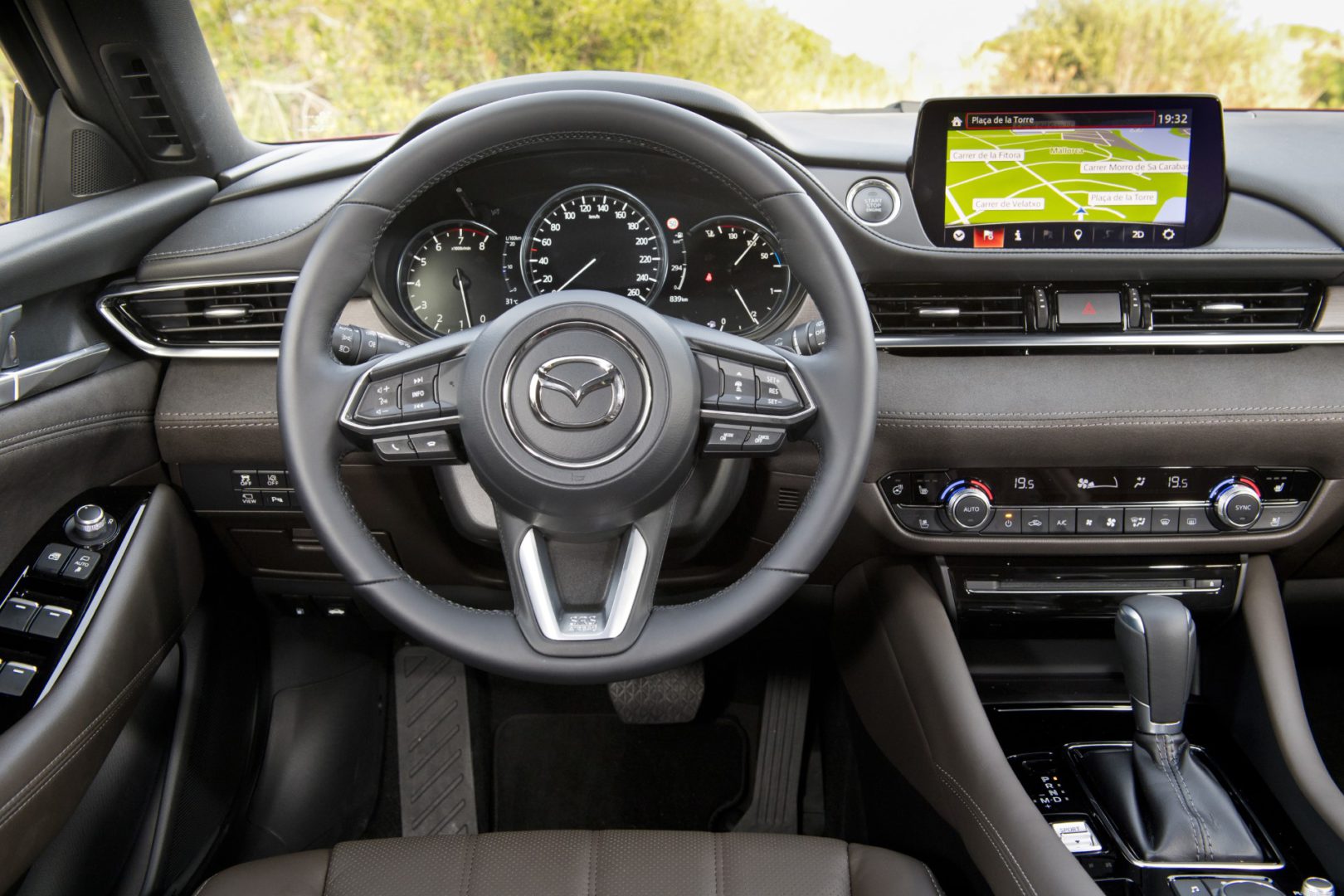 There is a unique feature: to switch off two cylinders with a small load. In a relatively simple way, the valves in the extreme cylinders reduce the pressure in the hydraulic valve hoists, but the spark plugs on the candles jump to keep them clean. This principle is much easier than the German competition, the driver doesn’t know about switching off at all, and the effect on consumption in larger volumes is more obvious. Although the maximum force of 258 Nm is declared at 4000 revs, its torque is more than 230 Nm at 2800 rpm. I also understand the arguments of the fans of the turbo, but this engine is definitely very attractive. The atmospheric engine doesn’t respond to a change in driving style by the hysterical increase in gas consumption. The average fuel consumption below 7.5 liters isn’t high for nearly two hundred horses performance. 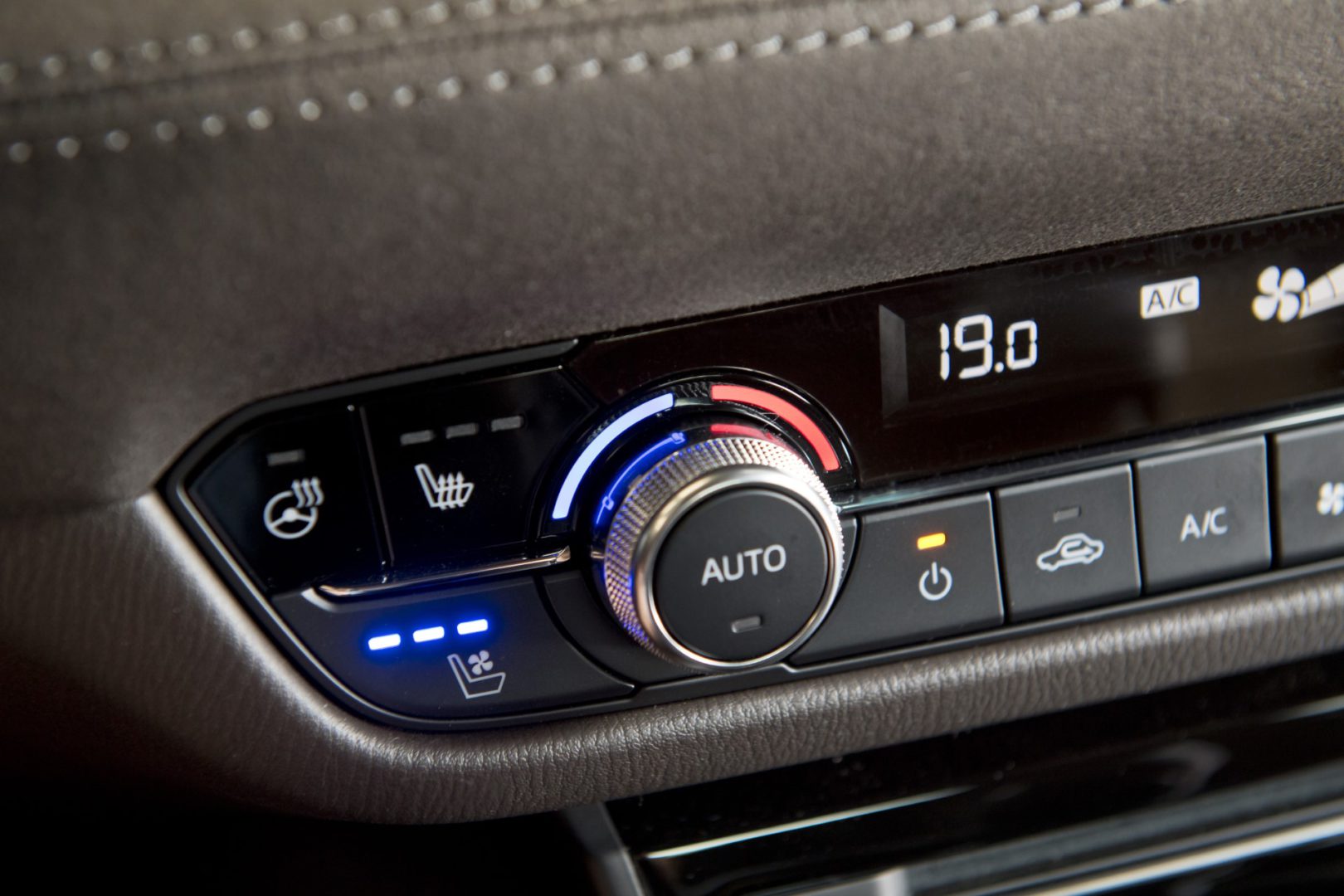 At first glance, the body hasn’t changed much, what is new are the front axle bumper, chrome underneath the new headlamps, lacquered lower rear bumper and a pair of exhaust pipes. Stronger steel and reinforcements, however, increased the stiffness of the body by 30 percent and reduced the weight by 8 percent. The front axle, the lower arm, the steering pins, the shock absorbers, and the spring have been changed. The sharp transformation has been done for the entirely new controls. Inside, there is an improved steering wheel, a new dashboard with more decent air grilles and new air conditioning control. 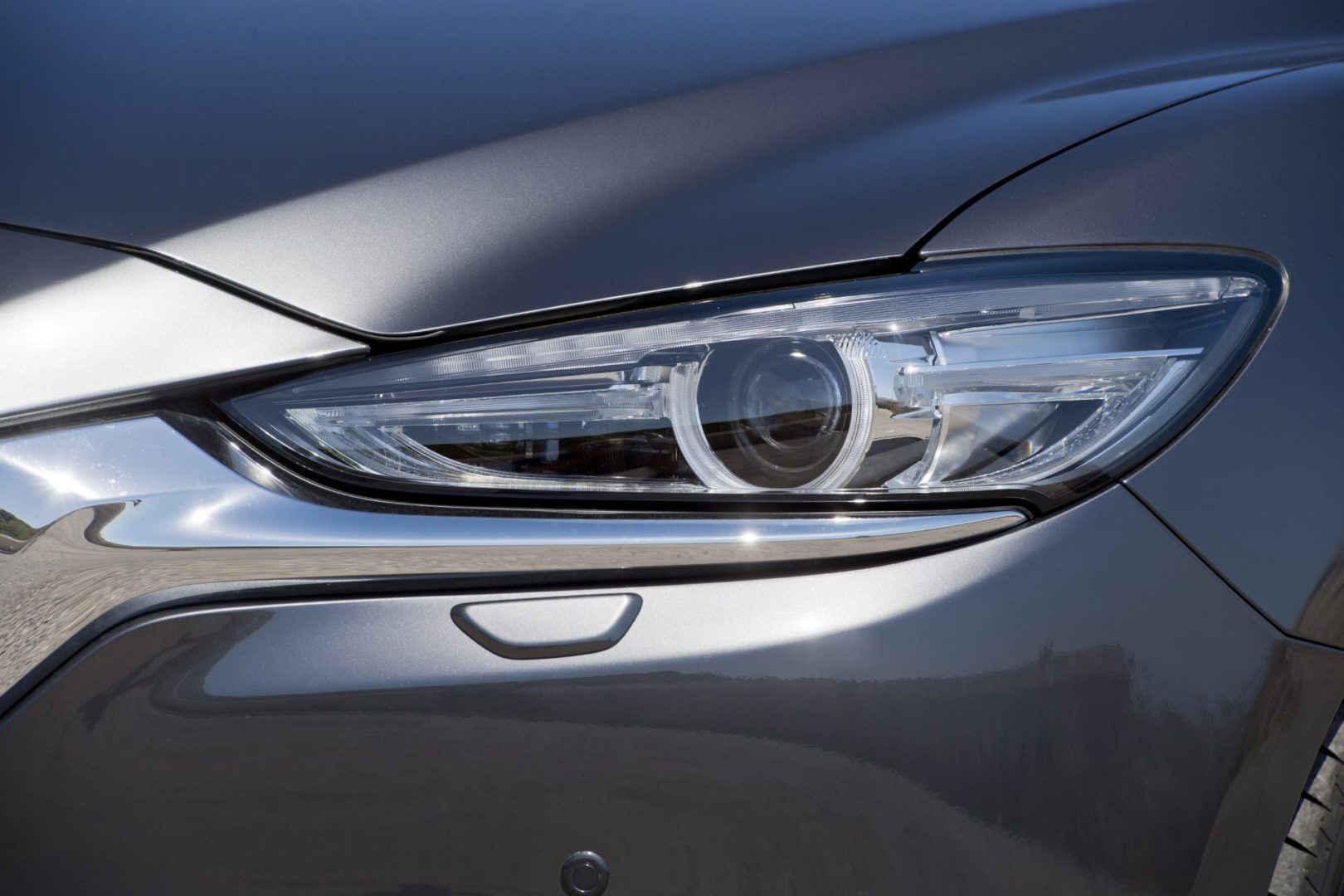 The instruments still have an analogical look, but the speedometer and the onboard computer in the middle are on the round display. The head-up display no longer needs an auxiliary slide, and the central screen can display the car from all angles as well as from the birds-eye view. The interior looks elegant and luxurious. Similarly, Mazda 6 also drives. The chassis is tuned with feeling, comfortable enough, but it also makes joy at the sporty ride. Both Sedan and Wagon versions are the same, but paradoxically, the Wagon has a shorter wheelbase and length. 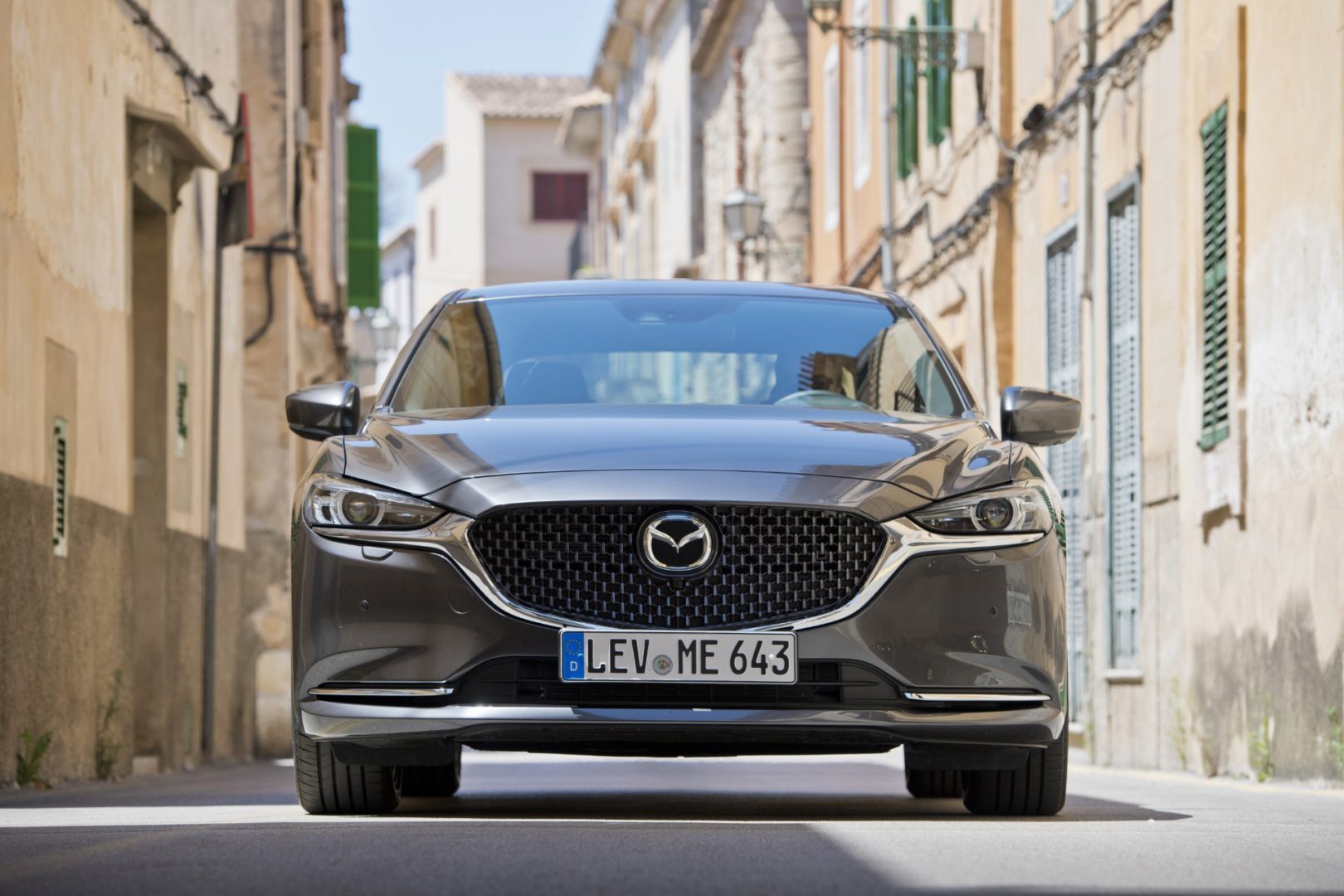 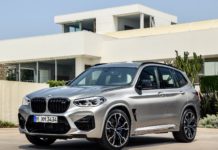 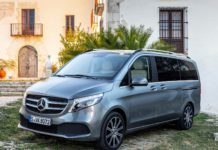 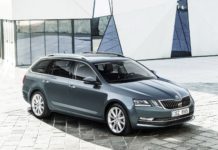