Nature has always been a great inspiration for artists, whether it is art, music, or architecture. Organic design started to be popular mainly in the middle of the 20th century. Improved technological possibilities and new materials have opened new dimensions for designers.

Buildings of organic shapes and colors began to grow in many metropolises, in which round curves, waves, or ovals are combined with natural colors. Among the famous designers who are representatives of the so-called organic design, we can mention Verner Panton, Eero Saarinen, Charles Eames, or the Czech architect Jan Kaplický. The influence of the organic world has emerged in buildings that resemble wings, sliced fruit, or even blooming flowers. Along with the development of organic architecture, natural elements have also shifted into the interior.

Verner Panton was a Danish designer in the second half of the twentieth century. He was fascinated by the possibilities of the materials he worked with. His design furniture is characterized by a sense of detail and synthetic material used. The well-known and still popular item is the chair called Panton Chair, which was created almost sixty years ago from one piece of material. Now, these chairs are made of two pieces by pressing. It is characterized by the S-shaped bend and comes in several colors. The chair is manufactured by Vitra. In 2004, it was enriched by a children’s version, which Verner Panton designed together with his wife.

Return to the Prenatal Period

Eero Saarinen was a Finnish-American architect, and the furniture designer. His buildings and interior elements were inspired by natural shapes. Its most famous buildings include the Gateway Arch in St. Louise, Missouri, and the TWA terminal at John F. Kennedy Airport, which was declared a US historic landmark in 2005. Another iconic item is his design comfortable chair, which is called the Womb. His design was based on the assumption that in the uterus, we felt safe and comfortable, as well as we should feel in our favorite chair. The chair should embrace us, embellish and make us feel comfortable from all sides, not just the seat. The chair soon became an icon, and in 1948 it even appeared in the Coca-Cola pre-Christmas campaign, with Santa Claus sitting there.

The Czech representative of organic design and architecture was Jan Kaplický, who is known for his unrealized construction of the National Library building in Prague. However, he is the author of many other iconic buildings and design artifacts that adorn many places in the world. He was looking for inspiration all around him, especially in nature, and in most of his projects, three factors were the determinant for him: color, beauty, and shape. His work was not based on style, but the shape. His love of round shapes was also reflected in the furniture design, as evidenced by the oval sofa called Future Systems Sofa. The sofa also has built-in lights, and a flat-screen mount and the seating is in the circle. This sofa should dominate the space and serve different purposes of lounging. 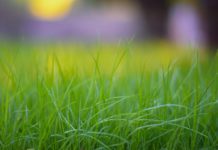 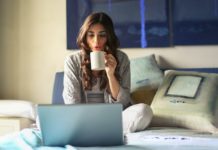 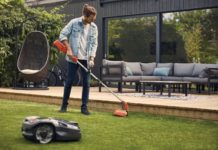 Let the Silence In! Robotic Lawnmowers: Discreet and Proficient in Grass Cutting