The winter season always raises the question of changing tires from summer to winter. Another interesting point in our discussion can be an all-season tire.

The art of rubbers or the tire industry has noticed many exciting trends in recent years. Not only interesting products such as summer, winter, and all-season tires came into the scene, but creative engineers come up with discoveries of new technologies that could be put into practice in the future. And since we are in the winter season, let’s focus on this area first.

Some Rules for Tire Switching

In several European countries, winter tires are designated for a certain period if winter conditions prevail on the roads. Our drivers are obliged to wear winter tires between 15 November and 31 March if there is a continuous layer of snow, ice, or black ice on the road. As a general rule, the time to change from summer to winter tires is recommended if a longer-term daily temperature drops below 7ºC. Conversely, if temperatures are too high, winter tires are worn faster. For winter tires to work correctly, the tread depth must be at least 4 mm. Experts recommend using the tires for a maximum of 4 seasons.

Are they a year-round solution?

The inclination of vehicle owners towards all-season tires is probably also due to the introduction of mandatory tire pressure sensing (TPMS) in the European Union for cars manufactured after 1 November 2014. Replacing tires is more costly due to the purchase of sensors for the set of tires to be replaced; in all-season tires, this operation is unnecessary. It occurs only when the tires are worn, and the sensor fails. This solution is especially suitable for drivers who use the car little in winter and do not drive on unfavorable days (snow, ice). Nowadays, most large manufacturers offer year-round tires.

Thanks to using modern compounds and tread, they also achieved good driving properties. However, we must admit that all-season tires handle worse large weather fluctuations, so they are more suitable for temperate geographical areas. This statement is also supported by the current test results of the 235/55 R17 all-season tires by the German car club ADAC. The test traditionally evaluated properties in seven categories and used a grading scale: excellent, good, satisfactory, sufficient, insufficient. The top five places were Continental AllSeasonContact, Goodyear Vector 4Season Gen-2, Michelin CrossClimate +, Nokian Waterproof, and Uniroyal AllSeasonExpert 2 evaluated as sufficient. The test was performed on a Ford Kuga and was completed by a total of 7 tire brands. Experts from ADAC stated that all-season tires are a compromise. They rated the winner as guaranteeing relatively good properties on a wet surface, and satisfactory driving properties on snow and weaknesses are manifested on a dry road. The conclusion is that it is still the best solution to switch to winter and summer tires for those who drive a lot, even in winter and in mountainous areas.

When choosing tires, drivers have the opportunity to choose based on the results of tests performed by such companies as ADAC, ACE (Auto Club Europa), GTÜ (Gesellschaft für Technische Überwachung mbH), or several professional magazines. If we look again at the ADAC test results of winter tires 235/55 R17 for compact SUVs, the winner was the Michelin Pilot Alpin 5 with a good result. They received this mark as the only one. All others were classified as satisfactory; the last of the thirteen evaluated were Semperit Speed-Grip 3 SUV tires (sufficient). ESA + Tecar Supergrip Pro, Goodyear UltraGrip Performance +, Dunlop Winter Sport S SUV, and Vredestein Wintrac Pro finished in second to fifth. The test was performed again on a Ford Kuga. The winner of the Michelin Pilot Alpin 5 test proved himself in almost all categories with good. In cross-country aquaplaning, it received a sufficient rating, the side guidance in a circle, and the noise received a satisfactory business card. In their evaluation, ADAC highlighted the very balanced best marks on dry and snow-covered roads. They also consider them good for wet surfaces.

Customers obtain the first information from the so-called EU labels on tires, containing necessary information on rolling resistance – consumption, wet grip, and noise. The first two parameters are evaluated by the letters A to G, the noise level is represented by a wavy line (1 to 3) and a number in decibels. If there are three wavy lines on the label, the tire is noisy. There is currently an ongoing check of energy labels on tires, and the European Parliament has agreed to enter into the European Energy Labeling Product Database (EPREL) data on approximately 120,000 products by 1 May 2021. We’ll see if it works. Several members of the ETRMA Association of Tire Manufacturers object to the deadline being too early. In any case, the customer should receive more comprehensive information about the tires.

Insight into the Future

Lately, the designers have been intensively working on increasing safety in the case of a flat tire. Runflat tires first appeared, and later self-healing tires came into play. For example, ContiSeal tires by Continental include an adhesive, viscous, sealing layer, which covers the inside of the tread. When the tire is punctured, a hole up to a diameter of 5 mm is immediately closed, and the driver can continue driving without interruption. Similar systems have been developed, for example, by Michelin or Kumho.

However, the development goes further; Michelin has introduced the Michelin Visionary Tire concept, in which the tire integrates the disc and the tire into one unit, the tread being changed so that the fully automatic system applies it to the surface at a unique Michelin site using a 3D printer. Michelin and GM are working to improve the airless tire with Airless Tire technology. The new generation of the Michelin Uptis prototype (Unique Punctureproof Tire System) is being tested and is expected to go into series production in 2024.

Goodyear reCharge is a revolutionary concept of self-regenerating tires that can be adapted and changed according to individual needs. The heart of the concept is a renewable and biodegradable tread compound that can be recharged by individual segments. The segments are filled with a liquid mixture and allow the tread to regenerate to measure. Thanks to them, the tires will be able to adapt to climatic conditions, road conditions, or travel requirements. And one more insight.

The new Pirelli Cinturato P7 is part of the ongoing Cyber research program linked to the 5G network. This technology is evolving for future use in “smart” cities. The 5G telecommunications infrastructure is able to gather information collected by tires and inform other vehicles about the situations that have arisen, which will directly increase road safety. All this puts the tire in the role of a useful “communication tool”. There are many ideas for the tires of the future; time will tell where the development will go. 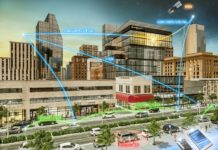