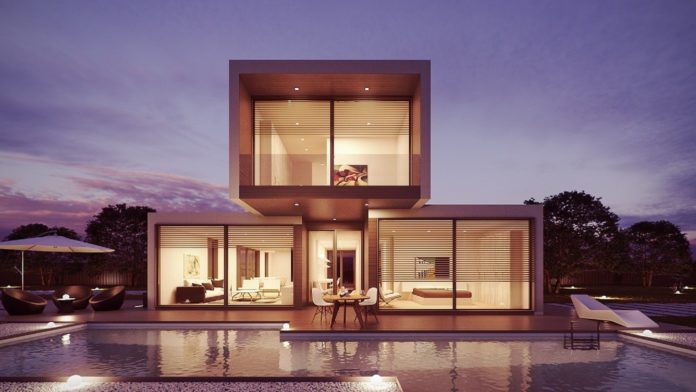 Our households are gradually becoming smarter. Even people who think they don’t have anything like that at home usually use the essentials for a smart home – a cell phone.

The kitchen is also receiving many smart solutions. Miele presented a kitchen grill equipped with a camera. Thanks to the Smart Browning Control system, you can monitor and control the intensity of grilling. The oven switches off automatically at a specific time, so the vegetables preserve the maximum amount of nutrients, and they taste even more delicious.

Samsung is also moving towards a smart home and expanding its range of flexible home appliances, including the Bespoke modular refrigerator, that can be assembled in various ways. There are several color variants and materials available. The company responds to the trend that we go shopping less often than before the crisis, but we do bigger shopping when we visit the supermarket. Therefore, we need spacious refrigerators in which food is kept fresh for a long time.

The RB7300T Classic has up to 385-liter storage space in three different height variants, enough for huge shopping. The compressor with digital inverter automatically adjusts the speed according to the refrigerator’s detected contents and can thus save up to half the energy.

The corona crisis has made some of the smart devices suddenly much more popular than before. The most significant renaissance was experienced by air purifiers, which guarantee that the air in your living room will be free of bacteria and viruses. Suddenly people listen to this statement, although they hadn’t been interested before.

One of the examples of such a device is Maremed from Beurer. Nowadays, many people have asthma, allergies, and other respiratory disorders and are usually relieved by the sea. But traveling to the sea in Croatia is not so easy now.

Beurer thus introduced a sea air simulator called Maremed. This device creates an almost authentic marine climate that cleans, mineralizes, sterilizes, and ionizes the air in your living room. The device works after adding a special sea salt, which contains more than 65 trace elements. The fan sucks in the ambient air, removing dirt particles, pollen, dust, and animal hair. The equipment also includes a UV lamp, which destroys up to 99% of bacteria, viruses, and microorganisms.

Care for Clothes and Shoes

Deodorant One from Ataraina is an insole using batteries controlled by a mobile application. It can be used to disinfect shoes, but also hats. It eliminates bacteria and even the odor associated with the necessary sweating. You know it for sure. But in reality, there is a whole science behind it – a high-voltage impulse generates free radicals and oxidizes bacteria, thus disinfecting shoes or hats. As we learned directly from the developer, the disinfection process goes far beyond conventional disinfection processes created by UV radiation. This is because it is only useful on a surface that is directly irradiated with UV. However, according to the developer, Deodorant One affects every part of the shoe, including problematic areas, precisely the shoe tips where you have your toes.

The LG Styler is a device that resembles a refrigerator but serves for clothes storage. It is “refreshed” with steam plus disinfectants and scents. The LG Styler is being sold so fast that the company is unable to produce more, and the competition from the same country has already started selling similar equipment. The 2020 version is naturally controlled by a mobile application and features various programs according to what is inside the Styler,  automatic recognition of refreshed clothes, emphasizing the destruction of bacteria.

Samsung has shown the WW9800T washer and DV8000T dryer equipped with artificial intelligence and an intuitive control panel. These devices gradually learn the style you usually wear. When the washing machine connects to the dryer, they start communicating with each other. Thus, the dryer sets the most suitable drying program for a given batch of laundry in the washing machine.

Naturally, a robotic vacuum cleaner cannot be missing in a smart home. It has been its symbol for a few years. The Neato D10 robotic vacuum cleaner is in the shape of the letter D. The manufacturer guarantees that it will reach every corner of the room. Neato D10 has a real HEPA filter; it captures up to 99.97% of allergens and dust particles from the size of 0.3 microns. The vacuum cleaner is connected to the home Wi-Fi network and is controlled using the MyNeato mobile application. It vacuums up to 150 minutes on a single battery charge, maps the room with a laser beam, and remembers well where it has been vacuuming. At the same time, it can clean even in complete darkness.

If you return home regularly through the garage or start working more from home, maybe some letters or a small bubble envelope would have been forgotten in the box for a few days. If this situation bothers you, it can be easily solved by a motion sensor, which you mount on the door of the box or inside. These are devices like Alydi mailFi or Smart Mailbox Wi-Fi Chime, which connects to Wi-Fi. After pairing with a mobile application or smart home ecosystem from Google or Amazon, you will always receive a notification when receiving physical mail. These devices are usually energy-efficient and are powered, for example, by two AAA batteries, which last about half a year. The operation is, therefore, undemanding and cheap.

In the beginning, without much expense, you can enhance your home with a smart outlet. It can be controlled via the Internet, has a simulation of switching appliances on and off (such as lamps) to give the impression that you are at home. It also supports voice assistant control and a timer for automatic switching on and off. It is the right choice if you want to make sure that your appliances are switched off. Suitable for use with an extension cord, but be careful not to overload it. You will appreciate the option for creating consecutive events – turn on the fish light, turn on the fan in half an hour and turn it off in an hour. It is up to you. 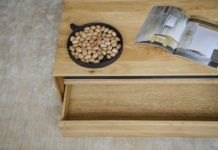 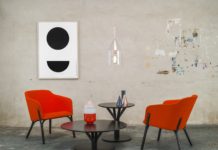 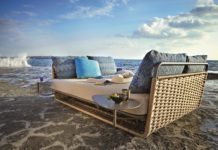 How to Choose High-Quality Outdoor Furniture?

The Magical Power of the Sea