GRAND MAGAZINE is an international trilingual quarterly for serious readers. The magazine was founded in 2004, as the first direct-mail medium in Slovakia and has undergone several changes. Today it is published quarterly and primarily includes lifestyle themes, interesting interviews, new products and travel tips, as well as inspiration for living and design. It is distributed mainly to hotels, restaurants, international transport lines, wellness spas and relaxation centres, but you can also find it on sale.

Its online version grandmagazine.sk is a modern online magazine for readers interested in more elaborate lifestyle themes. It offers the same high-quality content as the print version of GRAND MAGAZINE; however, it regularly publishes exclusive and unique content only available on the electronic version of the magazine. It is available in three languages.

We can help you reach your target group. The priority form of distribution of GRAND MAGAZINE is direct mail. Our systematic and purposeful work in the creation and constant updating of our database is evident in its strong and precisely targeted group of respondents. Over time we have included some of the largest companies and most important names from the Slovak and Czech Republics.

GRAND MAGAZINE was launched in 2004 and is one of the pioneers of exclusive direct-mail printing in Slovakia. Based on its long-lasting impact and success on the Slovak market, decided in 2015 to expand its reach and scope to the Czech market.

From 2018, GRAND MAGAZINE will change from a bi-monthly periodical published in the Slovak and Czech languages to an international quarterly. In it readers will find articles in Slovak, Czech and English, with the translated content available in electronic form.

At present, GRAND MAGAZINE is the only magazine of its kind that covers the entire Slovak and Czech market. Thanks to its high-quality content, exclusive themes and first-rate graphics, it is also an ideal choice for the most critical and demanding readers.

In addition to traditional direct mail distribution, the magazine is also for sale exclusively in the sales networks of Mediaprint-Kapa, Geco Tabak, Tesco and Lagardere. You’ll also find GRAND MAGAZINE in 4 and 5-star hotels, in major international airports, train stations and bus terminals, at embassies and consulates, and in VIP restaurants, beauty salons, wellness spas and relaxation centres in both Slovakia and the Czech Republic. Unsold copies are further used in media partnerships. Every year we increase the volume of activities aimed at supporting our PR. That’s why GRAND MAGAZINE is the media partner for most of the prestigious golf tournaments and social events organized in both Slovakia and the Czech Republic. 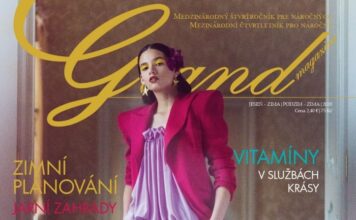 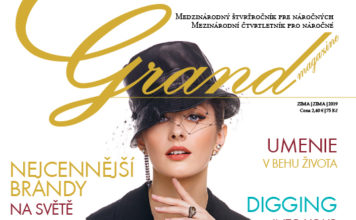 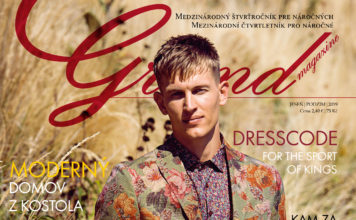