The first postal stamp ever was put on a letter in May1840, and from the beginning, stamps were in the sights of collectors. The first stamp was the Penny Black, which had an image of Queen Victoria on it and was worth one penny.

The idea of postage stamps and prepaid post came from Sir Rowland Hill, the author of postal reform. It was also his idea to create a contest for designing the first postage stamp.

Penny Black and Penny Red: The First Stamps with a Portrait of Queen Victoria

The historical first stamp was printed in black and white; however, it became obvious that this wasn’t the best choice, since red endorsement stamps were hard to see on it. That’s why a year later stamps were printed in red, thus creating the Penny Red collection; these postage stamps were than endorsed with black ink. New printing plates were made for printing the new red stamps. The printing plates used to print limited edition Penny Black stamps had the number 11 on them. These are very sought after by collectors, and their value is always increasing. Equally valuable are original, unstamped Penny Black stamps. The only full sheet of clean Penny Black postage stamps is kept in the British postal museum.

The World’s Most Famous Postage Stamp: The Blue Mauritius

The most known postage stamp among the lay folk is undoubtedly the Blue Mauritius. It was issued in 1847 on the island of Mauritius, a British colony, and it was the first stamp to ever be issued outside the United Kingdom. It was issued in two versions, blue and red, in a run of 500 units, and many of them were used for sending out invitations to a ball organized by the governor of Mauritius. The limited quantities of its issue have made it one of the rarest and most valuable stamps in the world. Many legends and appearances in literature and film have also contributed to its popularity.

The most valuable Blue and Red Mauritius stamps are those with the words “Post Office” printed on them, which was changed to “Post Paid” in 1848 (a larger number of these stamps were issued, making them less valuable). There are only 12 Blue Mauritius and 14 Red Mauritius stamps left in the world with the words Post Office on them. An envelope with both a Red and a Blue Mauritius stamp on it was bought by a Czech investor in 2016 for 100 million Czech crowns. Despite the astronomically high cost for a piece of paper that’s glued to an envelope, the Mauritius is not the most expensive stamp in the world.

A Unique Stamp in the World: the British Guiana

There is only one known specimen left of this stamp, which was printed in very limited quantities. Stamp delivery from London to the British Guiana colony was delayed in 1856, so an unnumbered edition of stamps was made as a makeshift solution. These stamps were printed with black text on a red background on low quality paper at a local newspaper printing press. Currently, there is only one specimen left of this stamp, and it was auctioned off in New York for $9.5 million. Interestingly enough, its first owner, a 12-year-old boy who took the stamp off a letter and sold it, reportedly got only 6 schillings for it.

Typos Increase a Stamp’s Value Many Times Over

The value of stamps is increased by typographical errors, thanks to which stamps become rare. One such stamp is the very valuable “treskilling yellowˮ stamp, which was issued in Sweden in 1855. The mistake was the yellow colour itself. The treskilling (or 3 schilling) yellow stamps were printed in green, and yellow was reserved for the 8 schilling stamps. However, the colours probably got switched, leading to yellow stamps worth 3 schillings making it into circulation. Its price is now many times higher. In 2014 this stamp was auctioned off for $2.3 million. 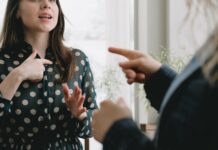 Mediation Means Seeking Truth on Both Sides of a Coin 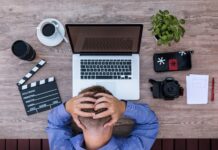 Do Not Disturb, Please. I’m on Sabbatical. 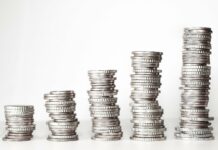 Insurance for Your Valuables?