We usually consider shady ground near the home as problematic and unsuitable for creating a beautiful garden. But this space can become a delightful and colourfully exuberant garden space, the kind that others will envy. How to do it?

To places with less than ideal lighting conditions – half or fully shaded – you can plant several beautiful blossoming perennials, bushes, bulbs and tuberous plants, or sow colourful summer blooms or cultivate them in flowerpots. Naturally, different species than those that grow in the sun. A garden that doesn’t get a lot of sunlight doesn’t have to remain uncultivated and neglected.

The foundation for success is to thoroughly plan everything and mainly to choose the right plants. From the offer of shade-loving plants, first of all choose the fernworts; there are also a huge number of lower and higher perennials on offer which are ornamental leafy plants, as well as several attractive flowering species. The worse lighting conditions are even suitable for some beautiful woody plants, such as rhododendron and azaleas, and unpretentious Japanese skimmia and Hortensia show their full beauty here.

It’s not only flowers and leaves that give a shady garden an interesting effect. In the autumn a shady garden amazes with the colourfully expressive fruits, like those of seal worts, chokeberries or lily-of-the-valley. You can replace a lawn, which doesn’t do too well in the shade, with undemanding groundcover plants. You can choose from the periwinkle, pachysandra, dead-nettles or barrenwort, blooming in the spring, from woody plants the cotoneaster. If you do not want to give up the lawn, plant it and choose the grass mixtures made for the shade. You can even keep thinking about that small pond. But here, too, select shade-loving plants for its banks. There are more than enough to choose from.

A general rule is to not plant more trees into already shady parts of a garden. You are better off playing with the producing of interesting groupings or the creation of pleasant niches and elevating seemingly uninteresting details. In flowerbeds it is suitable to have fun with colour, texture or shapes of leaves of individual plants. With the selection of colours, don’t forget about white, which reflects even the gentlest of light and perfectly brightens all the sombre parts of a shady garden. Also, don’t leave out red or orange (whether in the form of flowers or fruits), which give a cosy, warm atmosphere to the garden. Blue flowering species, which are often missing from sunny gardens, also stand out uniquely in the shade. However, it is important to only select plants that require shade or semi-shade.

Many perennials are also astoundingly able to optically enlarge or to deepen the space of a shady garden. Examples are the rodgersia (Rodgersia aesculifolia), meadow rue (Thalictrum chelidonii), Chinese rhubarb (Rheum palmatum) or goat’s beard (Aruncus dioicus). Other species can suggest the charming nostalgic mood of forests and copses (fernwort, columbine, bluebells).

It is important to know whether you have “dryˮ or “dampˮ shade in the garden. Different plants will grow in dry shade and partial shade (under trees which have their root systems immediately beneath the soil surface) than in a damp shady environment (near a pond or stream). And don’t forget that the deepest shade occurs in places facing north or completely shaded by tall buildings and walls. Here plants such as periwinkle (Vinca minor), common ivy (Hedera helix), various species of fernwort and selected perennials with ornamental leaves prosper. Other plants will stand out in places which are shaded by massive crowns of trees or in places with only occasional sunlight. In semi-shady and shady places facing west it is best to cultivate species of ornamental plants that prefer dryer soil. On the east side plants which prefer permanently damp soil will prosper well. Semi-shade on the east or west side, however, is at the same time perfect for installing flowerbeds from perennials, that are not hindered by shade or semi-shade. 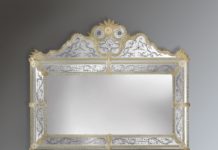 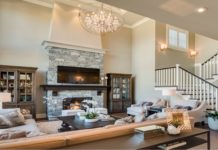