Bryndza has been produced in Slovakia for many years. The oldest bryndziareň (specialized sheep cheese manufacture) was founded in 1787 in Detva. What makes Bryndza unique?

Bryndza – as we know it today, was first produced by bryndziar (Sheep cheese maker) Teodor Wallo from Zvolen. Instead of adding salt, he made a unique saline solution. After grinding the sheep cheese together with this solution, he obtained a soft greasy mass – today’s traditional Bryndza. Since then, many years have passed, and nowadays, Bryndza is again more in. You can also encounter with its figurative name Slovak white gold. Bryndza is undoubtedly one of our national specialties, and modern gastronomic specialists are striving to give it the “seal of excellence.”

In the past, our ancestors used to eat Bryndza very often. It was even the essential part of their diet. There are many ways how we can eat it. Some people cannot resist a delicious Bryndza spread or aromatic Bryndza soup. Others enjoy the traditional bryndzové halušky (dumplings with sheep cheese) with bacon, pierogi or Bryndza pie. Bryndza can be used for both conventional but also very unusual dishes. Recently, it has even become an ingredient for pizza, fruit, or vegetable salads.

Bryndza has also been eaten abroad for a long time. It is exported into Austria, Hungary, Poland, Germany and in small amounts to other European countries. However, currently, in the world, there are very few countries that produce Bryndza.

Statistically speaking, Slovaks use 0.6 kg Bryndza per year. To produce such an amount of 2.3 liters of sheep milk is needed. Nearly 340,000 sheep are bred in Slovakia, producing about 12,000 tonnes of sheep’s milk per year. The annual production of Bryndza in Slovakia is almost 4,000 tons.

“Slovenská Bryndza” – Slovak Sheep Cheese – has an approved protected geographical indication by the European Union and can be produced only from milk obtained in Slovakia. Some Slovak Bryndza is also awarded “SK Quality Label”.

What Must It Contain?

Because of its beneficial effect on the colon, Bryndza can be a priceless aid for those who want to lose weight or keep a fit.

Nowadays, you can also find products that only look like Bryndza. The traditional sheep cheese, as our ancestors used to prepare it, is made from unpasteurized, 100% sheep’s milk. According to the Food Code of the Slovak Republic, Bryndza can also be made from a mixture of sheep’s and cow’s cheese but must contain at least 50% of sheep’s cheese from the dry matter of the product. The Sheep and Goat Breeders Association in Slovakia even issues a certificate with the “Golden Sheep – 100% Sheep” logo, which aims to highlight the honest manufacturers of the Slovak Bryndza.

Little is known about the herbs growing on Slovak pastures, which also have a significant impact on the composition of sheep’s milk, from which quality sheep cheese is produced. Their composition is very specific and unique within Europe.

We can divide Bryndza into these two groups. The summer Bryndza is made from fresh milk, winter made from curd sheep cheese produced during the summer season. May Bryndza is often considered to be of the highest quality. The sheep have been on the pasture for some time. Fresh grass, rich in nutrients in early spring guarantee the most beneficial ingredients of plant origin, essential fatty acids, and other helpful, bioactive substances for human health. Naturally, the quality of grass on the pasture varies throughout the year changing the quality of sheep’s milk.

You can eat it for breakfast, lunch or dinner.

Bryndza is not only tasty but also beneficial to human health. Slovak Bryndza should be part of every healthy diet. Each gram contains useful microorganisms, especially calcium, which boosts proper energy metabolism. It is a rich source of other minerals and vitamins, making it more beneficial for the human body when consumed more regularly. It is therefore often classified as a functional food.

Not only gourmands but also sportspeople and athletes should consume this product. It also contains proteins (17 g per 100 g) that promote growth and muscle maintenance. Bryndza also helps to solve digestive problems; in the raw state, it is a potent probiotic – it contains probiotic lactic acid bacteria and yeasts that grow in the ripening process. In one gram of Bryndza, there are about one billion of such microorganisms, which is at least 100 times more than, for example, in yogurts.

Bryndza also helps against inflammations and in the fight against high blood pressure, and contributes to the reduction of blood cholesterol; it also has a positive effect on diabetes, cancer prevention, and osteoporosis, increases immunity and against allergies. As lactose is lost during processing, it is also suitable for children who have milk allergies. According to other research, more regular consumption of Bryndza helps to prevent some civilization diseases such as atopic eczema, allergic rhinitis, asthma, or multiple sclerosis.

Because of its beneficial effect on the colon, Bryndza can be a priceless aid for those who want to lose weight or keep a fit. You can eat it for breakfast, lunch or dinner.

Many times it is said that unpasteurized Bryndza is a high-risk food, but it is not entirely true. Over the past few years, the alleged information about Bryndza infection has not been proved. Sheep cheeses and Bryndza made from unpasteurized milk have a richer microflora and a specific flavor. When cheese is fermented the lactic acid is processing, which effectively suppresses any unwanted germs during the ripening process. Therefore, there is no need to worry about the cheese from the sheep farm, on the contrary. In Slovakia, traditional sheep grazing has the best balance of health and taste of their products.

The Most Common Popular Misconceptions Related to Bryndza

Myth 1:  Bryndza is high in salt

Truth 1: In each Bryndza there is 2.0% of salt, that is, as much as in ordinary foods

Myth 2: “pasteurized Bryndza” is not probiotic

Truth 2: There is not such a thing as “pasteurized Bryndza.” Only sheep’s milk is pasteurized and selected pure lactic acid cultures are added to the cheese during the production process, and the Bryndza made of pasteurized milk has both a living and probiotic microflora.

Truth 3: There have never been cases where raw sheep’s milk cheese has been reported to cause serious illnesses so far (of course, it can happen with poor hygiene or faking Bryndza from other milk, but this is already a crime, which can occur anytime by any food.) Abroad, even in EU countries, sheep cheese and even goat’s cheese are also widely produced from unpasteurized milk, and these cheeses are trendy and sought-after.

Truth 4: the creation of so-called a mixed Bryndza made from fermented and matured sheep’s, and cow’s curd cheese is not a mocking and desecration of Bryndza, but it is an essential technological necessity. Two hundred years ago, when the production of the current fine spreadable sheep cheese was started, the sheep cheese producers were forced to store the summer sheep cheese for the winter season by salting it with 4 percent kitchen salt and storing it in the cold. Then, in the winter, to make the sheep cheese soft, spreadable, and to reduce the salt content to 2.0%, the dry salted sheep cheese (in a vessel) was blended with the available mature cow curd cheese to produce a mixed Bryndza.

The term “Bryndza” has historically meant the crumbled, hard ripened sheep milk cheese and, later, a finely ground and salted, fermented and matured curd cheese. It smells and tastes delicious, pleasantly sour after sheep cheese, and it is slightly spicy and salty. The salt content is only 2.0% compared to other cheeses, as much as in ordinary foods. 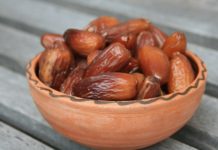 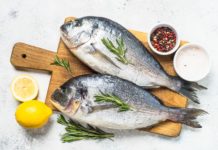 Fish Not Only for Christmas 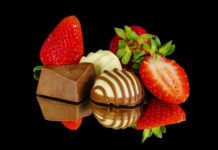 Get to Know the Gastronomic News of This Autumn