In 2010, The Time magazine labeled sharing and co-consumption one of the ten ideas to change the world. Nine years later, we can see this change in practice: People share their apartments, cars, bicycles, computers, music, tools and even refrigerators.

Mobile apps and Internet platforms have been created so you can join in with sharing offer or demand. The phenomenon of sharing also affected the Czech Republic. It’s quite common to plan a trip, where we arrive in a rented car, instead of a hotel we stay in the shared apartment, and we will use a shared scooter or bicycle as a mean of transport.

The Shared economy has evolved rapidly in connection with the expansion of the Internet and mobile applications. Thanks to them, it’s very easy to connect with virtually anyone and to talk about renting, sharing or exchanging property. The idea of sharing is nothing new, and we all know it from our own family, where the members share a lot of things together, it’s also a part of common functioning in tribes. Thanks to the development of modern technologies, sharing has become a common type of interconnection among people around the world, and because its charged and its goal is to make money, we are talking about a shared economy.

The sharing phenomenon goes hand-in-hand with another trend, which is minimalism. Minimalism is a reaction to today’s consumer society and also to material desire to own as many things as possible. Minimalism fans believe that by removing objects from our life, we will create space for our spiritual and psychological development. Sharing things is one of the ways to partially get away from the material world and not to be a slave to the things. The opportunity to use and not to own is beneficial not only from economic but also an ecological point of view.

Airbnb: A Service that Has Changed the Way You Travel

For renting your own apartment through Airbnb you need the consent of the neighbors and the number of days is limited.

Airbnb entered the market in 2009 and changed the way people travel and search for accommodation. Initially, there was a good idea, persistence, and determination of the founders. The idea for shared housing originated in San Francisco in 2007 and was born in the heads of two friends: Brian Chesky and Joe Gebbia. There was a big conference in San Francisco and the hotels capacity wasn’t enough, so Chesky and Gebbia created simple websites to offer shared accommodation during the conference. Guests have actually stayed in the temporary home hotel, and the idea of sharing a home had gradually turned into a startup business. The service is attractive for many reasons – accommodation prices are many times lower than in hotels, you can rent a room or the whole apartment, and non-traditional places such as boats, private islands, chateaus or entire mansions are available for rent. The offer of shared accommodation used up to 40 million people worldwide by 2018 and is increasing every day. The enthusiasm of people using this service is not shared by hotel owners and the number of dissatisfied neighbors or residents of large cities where Airbnb is the favorite type of accommodation is growing. In many countries, they have regulated or even completely disabled this service.

Another possibility of shared accommodation is CouchSurfing – it is the largest free service in the shared accommodation. It also works as a social network because it’s based on meetings – property owners and their guests often exchange experiences at dinner or they go out for a trip together.

Sharing through the Legislative Network

The laws and legislative rules of the countries aren’t often ready for sharing, so they can be gradually regulated, as was the case with the Uber service linking the car owners with the people searching shared transportation. In some countries, it has been banned, and in others, there are fierce debates, mainly provoked by staff and taxi operators. Airbnb has also been restricted in many countries. Critics point out that Airbnb increases property prices and rental rates to astronomical levels. For most hosts, it’s better to rent an apartment via this platform than to have a permanent tenant. For example, in Berlin, for the first time, this service was forbidden under the threat of high fines, but after the discussion it was allowed with a series of measures to regulate this service: For renting your own apartment through Airbnb you need the consent of the neighbors and the number of days is limited. A similar rule was introduced in Iceland or Paris. 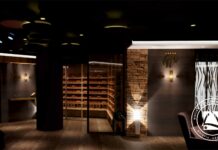 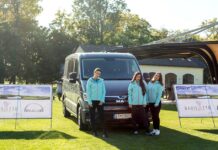 We Simply Could not Miss the 12th GOLF CHALLENGE Tournament 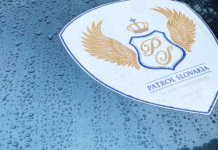